The true story of the secret agent who inspired James Bond, 007

"THE GREATEST SPY  by John Harte is a true espionage mystery that reads like a detective story.  It is about the real-life hero of Britain's Secret Service, code-named Sidney Reilly.  The story takes readers on a thrilling ride across Germany, Russia, Mongolia and Japan, where he is sent by his controller in London.  The author finally answers the question which had stumped previous biographers as to what happened to Reilly after he vanished in Soviet Russia in 1925.  But one question still remains - was he a British hero or a foreign traitor: a double-spy working for the KGB?  This true story could otherwise have been another spy thriller about the fearless James Bond.  And, in fact, Ian Fleming, the novelist who invented the fictional 007, based his Bond character on Reilly's extraordinary exploits."
ARIANNA DAGNINO, author of: The Afrikaner

The Greatest Spy:
The true story of the secret agent who inspired James Bond, 007.

Sidney Reilly was the most audacious, courageous and successful spy in Britain's Secret Intelligence Service. His Top Secret Admiralty Intelligence file formed the basis for Ian Fleming's series of novels about a secret agent named James Bond 007. Much of the true story of his forerunner, known as the "Ace of Spies" was still Top Secret and prevented from publication by the Official Secrets Act until now, while other significant information only recently came to light. So, it was only conjecture before this as to whether Reilly was a hero or a traitor.

"THE PASSIONATE SPIES  by John Harte is an extraordinary and thrilling read about three secret agents in Britain's Secret Service, who organized and led the "Arab Revolt" in 1917.  It gave independence to new Arab-speaking nations in the Middle East and founded oil-rich Saudi Arabia.  The colourful characters of spymaster Gertrude Bell (the first female officer in the British Army), the legendary "Lawrence of Arabia," and the astute traitor St. John Philby (father of the notorious KGB double-spy Kim Philby) are all so dynamic that their heroics are hard to believe, but nevertheless true and soundly researched by a perceptive author who depicts them for us in stylish prose.  I found it hard to put down with its thrilling twists and turns and surprises, and amazing characters."
STEVE HARRIS, author of: America's Secret History

"The current war in Syria has dwarfed all serious academic study of the pre-Ba'ath era. This has left a new generation of scholars with no new literature about the formative years of the Syrian state, with the notable exception of James Barr's highly acclaimed A Line in the Sand (2011).  This is why John Harte's new book THE PASSIONATE SPIES is important, shedding light on British conspiracy, and agents who shaped the modern Middle East.

THE PASSIONATE SPIES focuses on the careers and contributions of three individuals, Gertrude Bell, John Philby, and T.E. Lawrence, better known as Lawrence of Arabia.  Skeptics will argue that they have been studied in the past, but never in one book, however, and not with the hindsight of 100 years, packaged in a gripping manner that will appeal to 21st century readers.
SAMI MOUBAYED, author of: Steel & Silk,
Founding Chairman of The Damascus History Foundation

This true account of the rise and fall of Hollywood is viewed through the turbulent lives of its five greatest stars, each of whom was described by the media as the most beautiful woman in the world. They shared each other's directors, producers, lovers, husbands, and leading men, while struggling courageously to prevent the collapse of their careers, their love affairs, and their sanity. It describes how all of them challenged or engaged with each other as they struggled to cope with their personality problems and scandals during the rise of Hollywood's golden years and the gradual collapse of the studio system. This is a celebration of five talented and courageous young women who fought hard to control the personality disorders that marked their lives, while harassed by the media and often abused by their fans and the film industry. It ends on the day that Hollywood died, with the mysterious deaths of the unforgettable Grace Kelly and Marilyn Monroe.

Devoured by egoism, adoration of his mother Jennie, and enduring love for Clementine whom he married, his gifts and flaws are described against a background of a world crisis and their love of country.

The Middle-East was in peril. The Communist Revolution was spreading. The Nazis were taking over Germany.

The women in Winston's life were united by a common purpose to make him prime minister.

Had it not been for the extraordinary bravery, dedication and persistence of a relatively small number of young Allied combatants in World War 2, most of Britain's present generation would not exist. That applies to many Americans, and others, too.

EMBATTLED ENGLAND 1925-1945: Memories of the Great Generation is a unique first-hand account of Britain under attack by Nazi Germany, described quite differently from any previous accounts by the author, who grew up in war-torn England.

It evokes a forgotten London that few knew, by an author who survived the Battle of Britain and the Second World War. It also describes the horrors of bombing sorties over enemy lines without any protection from fighter planes, for which his older brothers volunteered to hasten the war's end.

JOHN HARTE is a former stage actor, playwright, and investigative journalist, who became a management consultant and director of companies in the UK, South Africa and Canada. His memoir of an adolescent searching for identity and purpose in an iconic London which has disappeared for ever, shows us how Londoners behaved under the onslaught of German aerial rockets and bombing attacks. It should long remain a thought provoking record of Britain's "great generation" in World War Two.

The recent spree to damage or topple great historic British heroes from their pedestals prompts a new and critical assessment of Sir Winston Churchill by JOHN HARTE.  It is an exciting yet sober look at a national hero's career as politician and world statesman.

It begins with the brutal murder spree in 1945 by German troops in Nazi-occupied Europe, when they realize they have lost the war, and continues to his rejection at the polling booth as Prime Minister in the General Election.  Now, as opposition leader he galvanizes President Truman into action with his "Iron Curtain" speech, and faces-off Soviet Russia in the Cold War.

After retiring from office as peacetime Prime Minister, he paints landscapes on the Italian Riviera and gambles in the casino at Monte Carlo - until suddenly flown back home to London.

He makes a remarkable recovery to appear at the White House to advise President Eisenhower on the nuclear arms race, Khrushchev and Mao Tse-tung, before disappearing finally into the twilight.

Assessments of his stature and his quirks are given by leaders from all over the world, including: "Today marks the end of a glorious and memorable period, during which one man has brought hope and happiness to more people on the earth than anyone else in all its history."

"Equally informative and entertaining, CHURCHILL THE YOUNG WARRIOR covers the formative period of one of the most formidable and influential figures of the twentieth century.  In stylish prose and with a perceptive eye for color, detail, and context, Mr. Harte follows Churchill the soldier, journalist, and politician.  The author parallels Churchill's public career and private life with a trenchant analysis of the political, military, diplomatic, economic, social, and cultural climate that simultaneously invigorated and roiled Europe during the three decades leading up to the Great War."
EDWARD LONGACRE, author of: General Ulysses S. Grant, the Soldier and the Man

How Churchill Saved Civilization resolves the lingering mysteries surrounding the causes of the Second World War, and what transpired during the war to bring its end result.  It proposes answers to such questions as "Why were the Allies unprepared?",  "Why did France collapse so quickly?",  "Why didn't the British government accept Hitler's peace proposals?" and "Why did the Germans allow Hitler to obtain life and death control over them?"

But the book's main purpose is to provide an account of Winston Churchill's actions and their intended consequences - as well as some of the unintended ones - for readers who are unlikely to read a military history book of 800 pages.  The author has pared down the details of this at once fascinating and frightening story to an accessible length of how the world nearly ended in the 1940s.  How Churchill Saved Civilization was written in honor of all those who sacrificed their lives in the War, and to caution readers that it could very easily happen again, as key factors like complacency, ignorance, and weakness continue to play a role in international diplomacy.

John Harte was born in London, England, between the two World Wars.  He absorbed the experiences and lessons of the first world war while growing up in its aftermath, and lived through the second one.

The fact that the author was born when London was the center of the British Empire and the free world, politically, financially, socially and culturally, invests his books about Winston Churchill and England with particular significance, since few people are left who can describe at first-hand what it was really like.

He witnessed at first hand the bombing of London and the Battle of Britain; the launching of the D-Day landings from England's south coast, and the enemy's V1 and V2 rocket attacks intended to destroy London and its population.

He began his writing career as a playwright with four plays produced in London theaters.  He was also an investigative journalist writing for three leading publications in the UK.

After moving to South Africa to work in the advertising industry with J. Walter Thompson, he also wrote freelance feature articles for the two leading newspapers, which were syndicated worldwide by Reuters, and he also broadcast his own stories on the SABC.

He now lives in Ottawa, Canada. 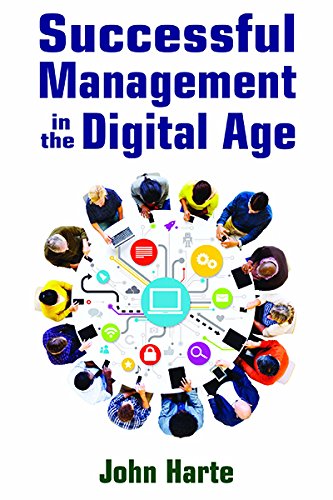 John Harte's new book on the influence of digital technologies on leadership, management and marketing, reveals the poor judgments of major conglomerates who chose to deindustrialize the UK and USA by offshoring production, and risk weakening their brands by reversing the process back to factory orientation; thereby creating massive unemployment and our present economic crisis. 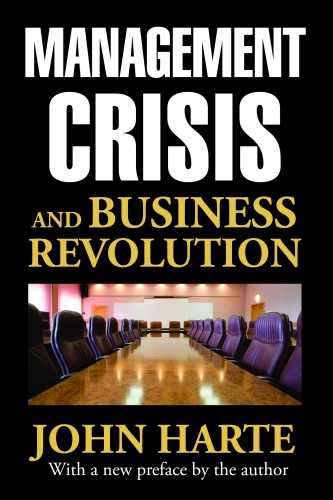 John Harte's first book on leadership and management was described by one enthusiastic reviewer as "a masterpiece". It describes the steady progress from factory orientation in the English Industrial Revolution to the American era of selling, then advertising, and finally sophisticated marketing orientation.